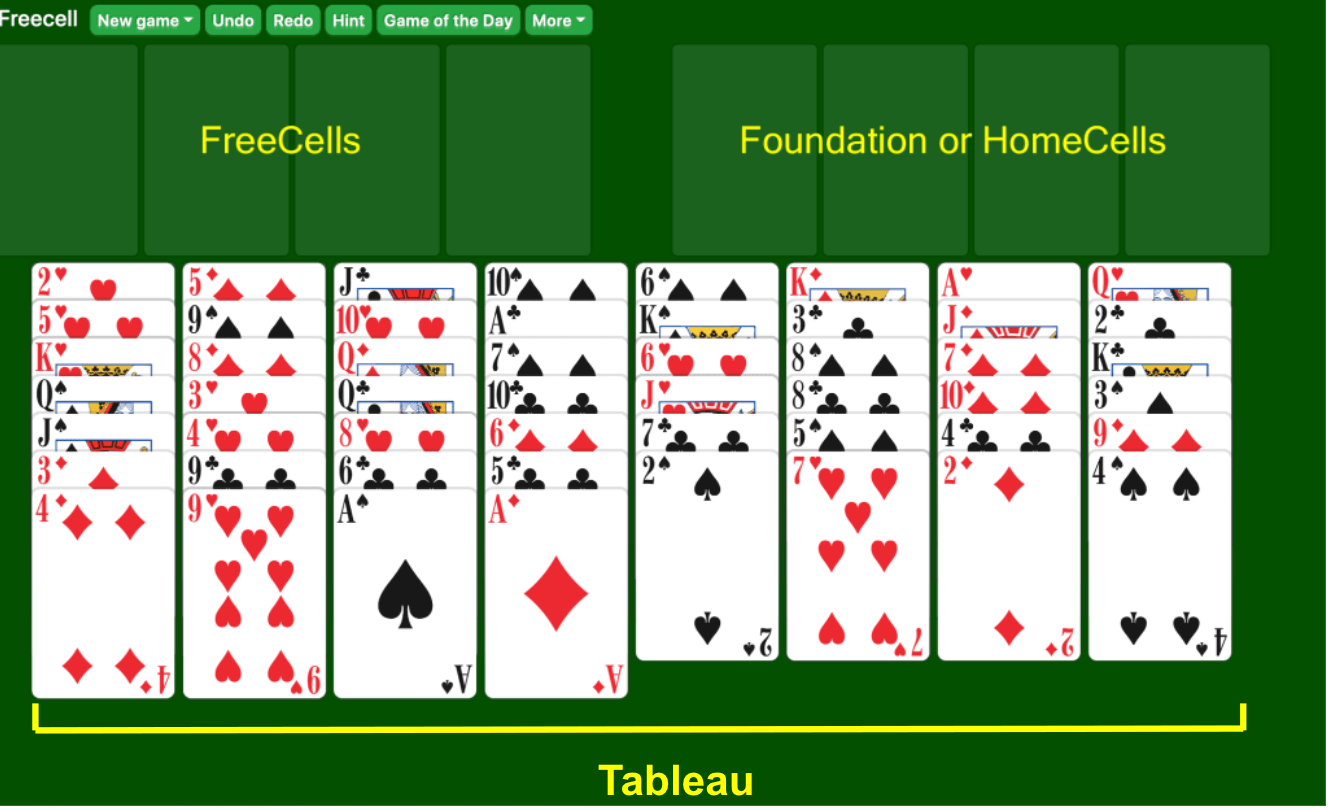 FreeCell is a combination of luck and strategy. The luck is from what cards you're dealt, while the tactic comes into play when you need to prepare and calculate for several moves ahead. On the board, you have four blank fields on the left and the right. The ones on the left are called freecells, and the ones on the right are the homecells or the foundation. The goal of the game is to move all cards into the foundation. 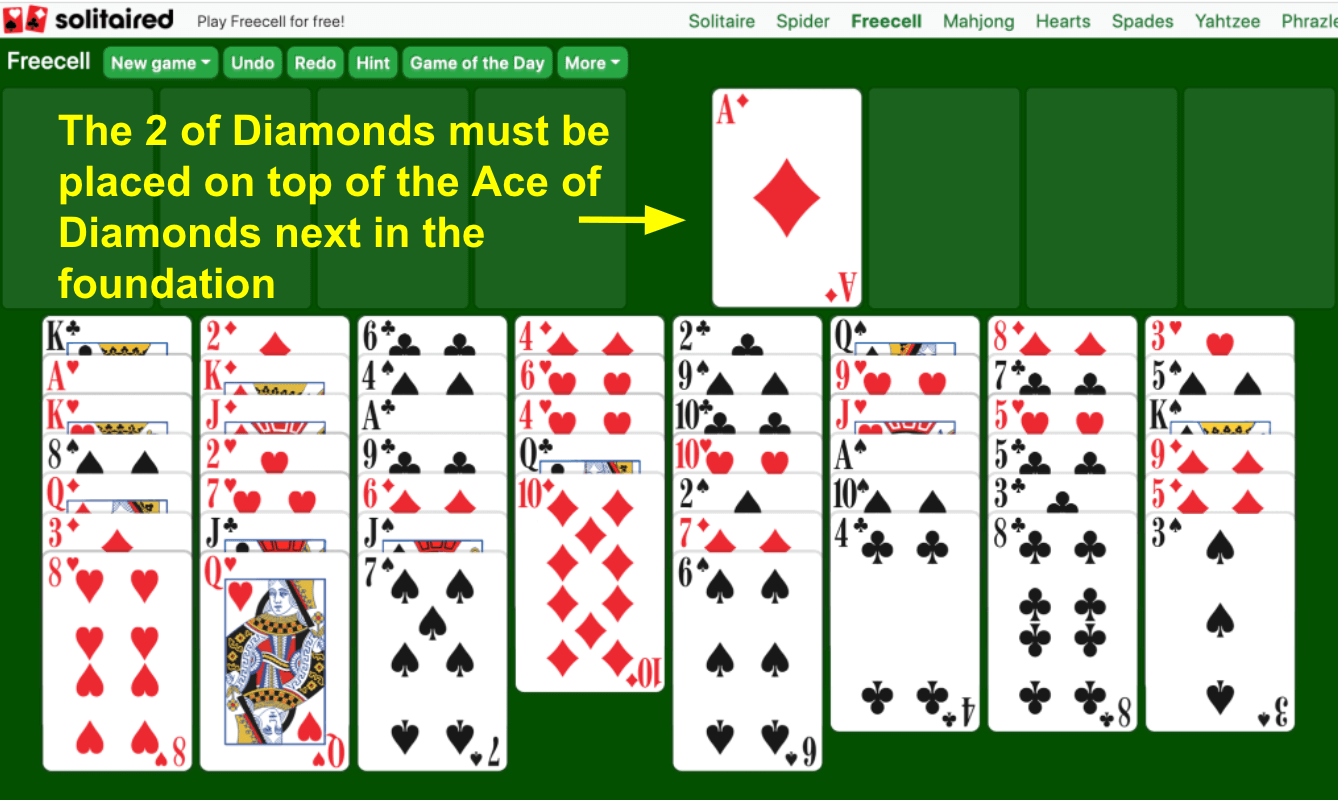 Learn more with our guide on how to play FreeCell.

If you like FreeCell, you may also like Spider Solitaire. Also, don't forget to play our game of the day for Classic Solitaire also known as Klondike Solitaire. And if you're looking for new types of games, we have over 500 different solitaire card games. Good luck!

What are the minimum moves to beat FreeCell?

Based on our analysis of thousands of games, you can beat a FreeCell game with a minimum of 48 moves. Not every game can be won like this. It will depend on the cards you are dealt.