The same rules apply - the aim of the game is to move all cards from the tableau piles to the foundation piles, although instead of four piles, there’s now eight.

While double solitaire is slightly easier than a classic Klondike game, it still requires skill, strategy, and a little bit of luck to win. Plus, more cards mean it will last longer.

Unsure how to play regular solitaire? Read our how to play solitaire guide for beginners for further advice, with tips on how to play all variants, such as Spider, Freecell, and more! 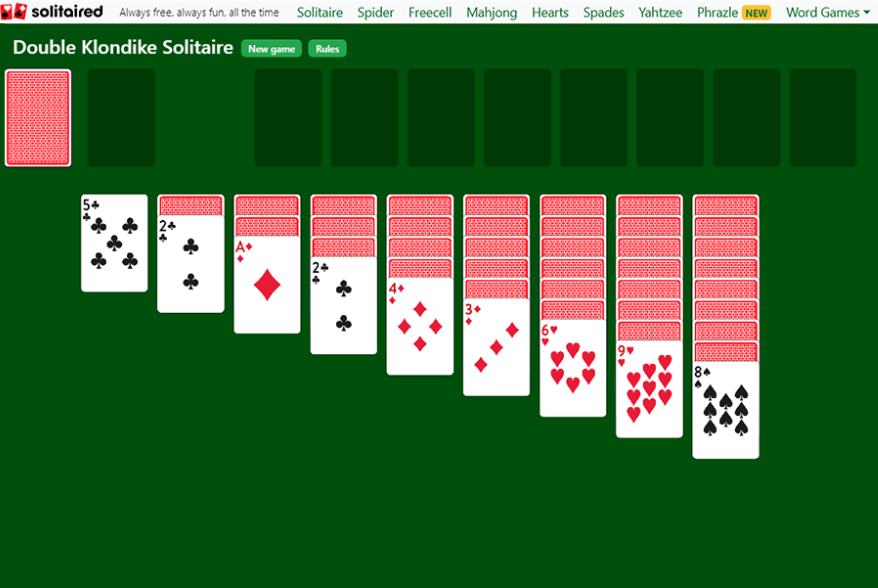 How to Play Double Klondike Solitaire

Stock pile: This pile is the remainder of the deck that hasn’t gone into the tableau piles. Ensure you place them face down.

Waste pile: As you empty the stock pile, the cards you don’t place in the tableau make up the waste pile.

Unlike regular Klondike solitaire, where there are seven columns (known as the tableau), there are now nine columns. The first tableau pile begins with one card, the second pile has two, the third three, and so on until you reach nine total piles. The top card of each tableau should be placed face-up with the remaining playing cards face down.

The remaining cards are placed in the stock pile - these can be used throughout the game when you run out of moves. 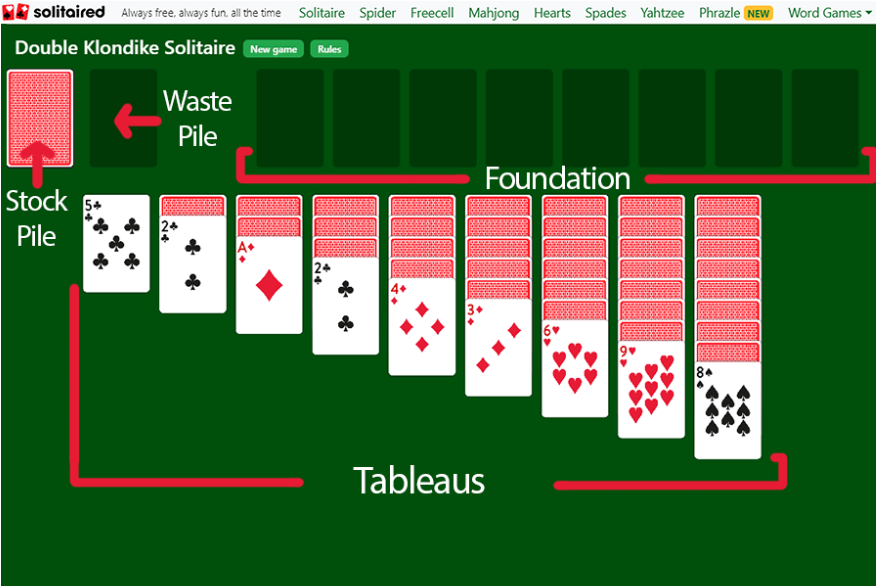 The objective of double Klondike solitaire is the same as all other variants - move all cards to the foundation piles in the correct order to win. Although, in the double version, there are more cards, so there are twice as many cards to move.

This version of the game is classic Klondike, but with twice as many cards, making it a little easier.

Regular Klondike rules apply to double Klondike solitaire, but nonetheless, the rules are as follows: 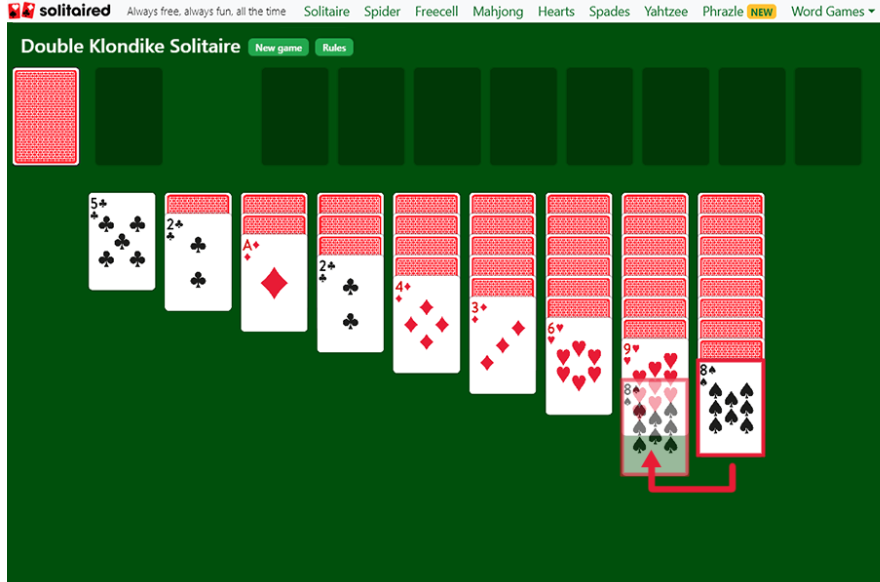 What is the best strategy for winning Double Klondike Solitaire?

If you’re familiar with regular Klondike solitaire and find yourself winning more games than you lose, then your regular strategy should work. Note that you may want to change it up ever so slightly to account for twice as many cards.

It’s the ultimate strategy for any solitaire card game variant — reveal as many new cards as you can as early as possible.

If cards are not face-up, then they can’t be played. Face-up cards open up more moves for you to play.

You also won’t find the aces in the deck to begin building the foundations if you’re not revealing as many cards as you can. 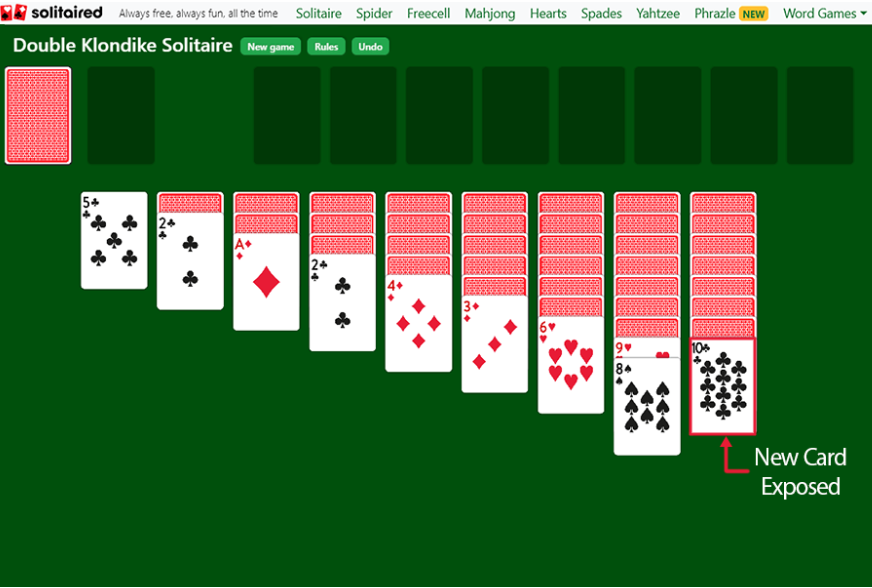 Empty spaces are your friends.

Moving kings out of your way to reveal new cards is a big help when you get stuck. If you can maneuver to empt the small tableau piles early, it’ll give you room to move your kings around.

Although not essential, you should do your best not to play more than three cards in one go from the waste pile. Doing so allows you to reach different cards to keep your game running smoothly.

Building foundations early in your solitaire game is key, but you should also try and build your foundation piles evenly.

Failure to build up evenly may slow down progress in the tableaus, ultimately making it more difficult and time-consuming to build from ace to king.

Not every game of double Klondike solitaire is winnable, although it’s easier to win than regular Klondike and much easier than Yukon variants.

What is the difference between Klondike and classic solitaire?

Klondike is the classic version of solitaire!.

Is playing solitaire good for your brain?

Solitaire is great for your brain! Whether playing Freecell or Klondike - it requires a high level of attention, develops problem-solving skills, and helps the brain to relax. Plus, it’s fun!