Since the advent of smartphones, life has looked quite different for most Americans. The ways we consume and send information, the ways we entertain ourselves, the ways we organize our life’s business—nearly all of it centers around our phones. Now, almost 15 years since the first iPhone was released, it’s no secret we spend a lot of time on our phones, and our relationship with them is complex and often compulsive.

When used in a healthy way, a smartphone is a gift, a truly remarkable, era-defining invention. With a smartphone, you can trade stocks from the toilet or play spider solitaire while parachuting from a plane. We don’t recommend either, but you could definitely do these things.

The question is, to what extent are we aware of our relationships with our phones? Do we have an accurate sense of our daily screen time, or do hours pile up a lot faster than we realize? As a gaming company, with many of our users playing our games on their phone, we were keen to understand this.

To measure people’s awareness of their phone use, we recently surveyed 667 iPhone users, asked them to guess how much time they spend on their phones, then had them send documentation of their actual usage data, courtesy of their iOS Screen Time dashboards.

The guesses were way off. 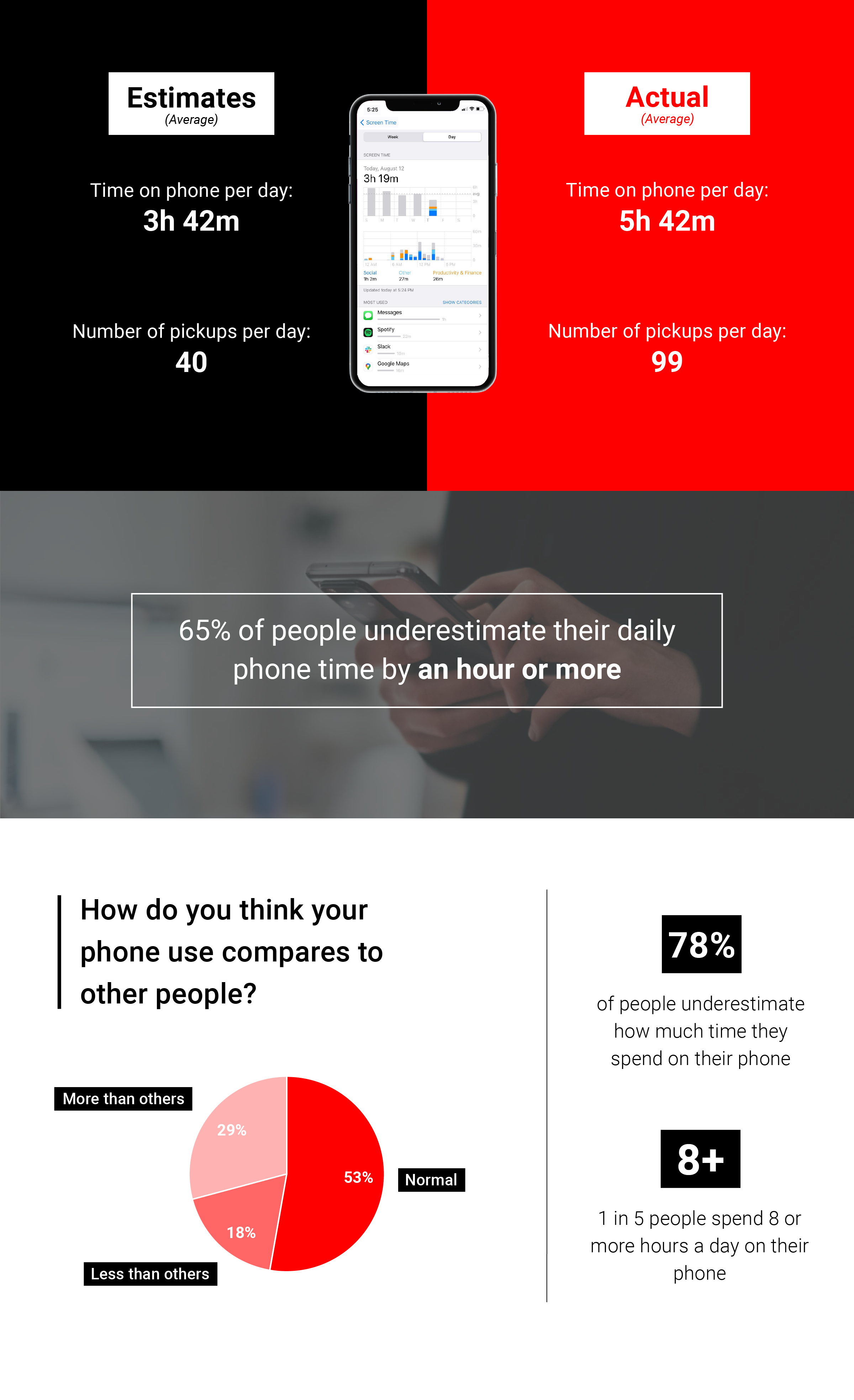 In addition to asking about the total time people spend on their phones each day, we asked which apps they think they use most. More than half of all respondents (52 percent) could not accurately guess which app they use the most. This is striking data that indicates how habituated and unconscious we are with respect to much of our phone use.

Not surprisingly, social media rules the day (or at least a couple hours of it). The average person spends one hour and 23 minutes on social media every single day. According to our respondents, the apps we use the longest right now are TikTok and Twitter, both tied for an average of 1.6 hours per day. 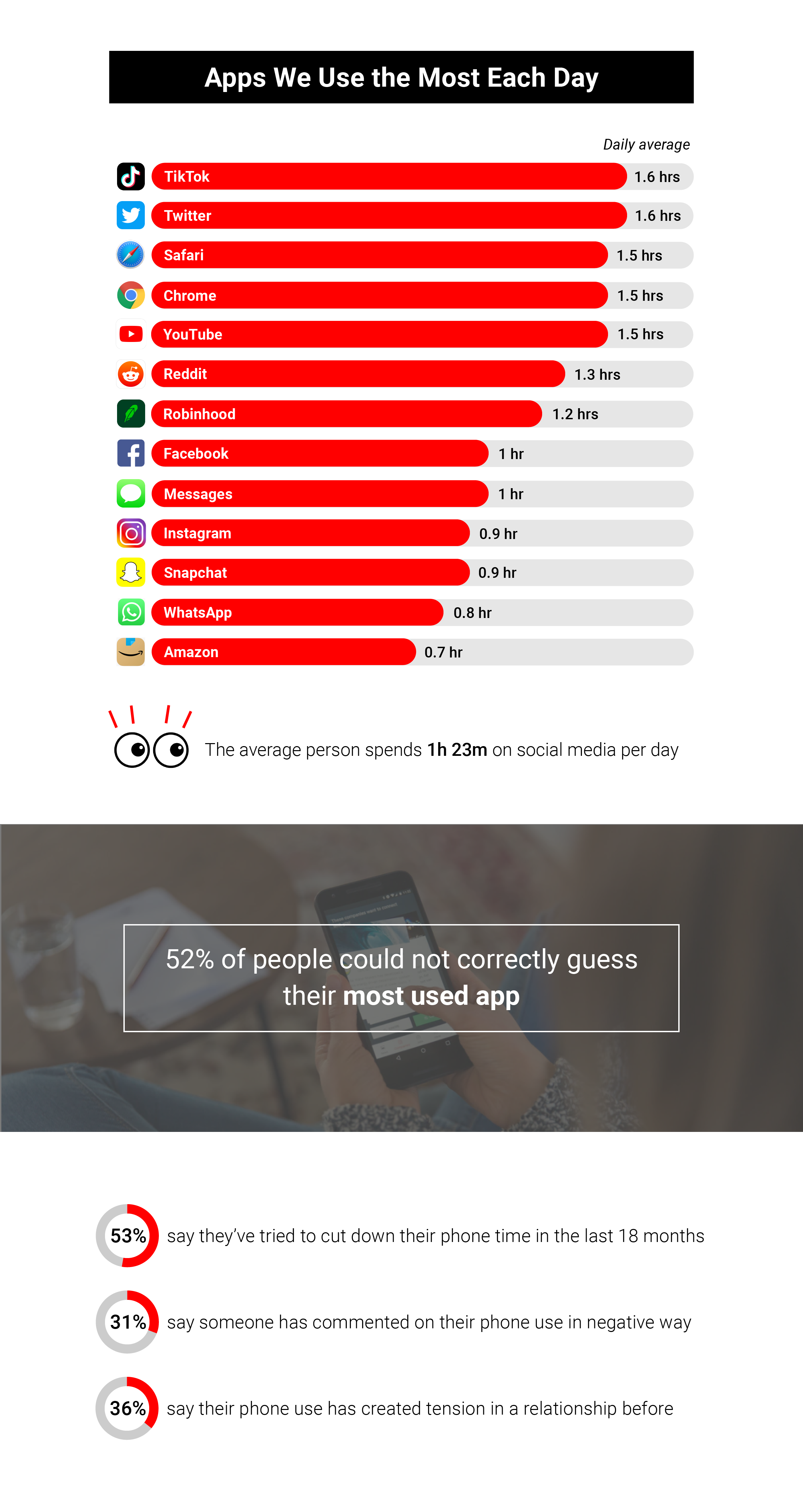 Both of these data points reflect how phone use can become unhealthy. Thirty-six percent may not sound like a lot, but if you consider how there are 290 million smartphone users in the US, that means more than 100 million people have experienced tension in a relationship related to phone use.

We highly recommend that people use the tools that are now available on phones, to keep an eye on daily and weekly habits.

Between August 13 - 18, 2021, we surveyed 667 iPhone users to measure their awareness of their daily screen time. We asked respondents to guess how much time they spend on their phones on a typical day, how often they pick up their phones, and what apps they use the most. Then we asked respondents to upload screenshots from their iOS Screen Time dashboard, so we could check their guesses against their averages for the previous seven days.

Our respondents were 56 percent female and 44 percent male, between the ages of 18 to 68, with an average age of 35 years old.

For media inquiries, please use our contact us page.

Feel free to use this data and research with proper attribution linking to this study. When you do, please give credit and link to solitaired.com