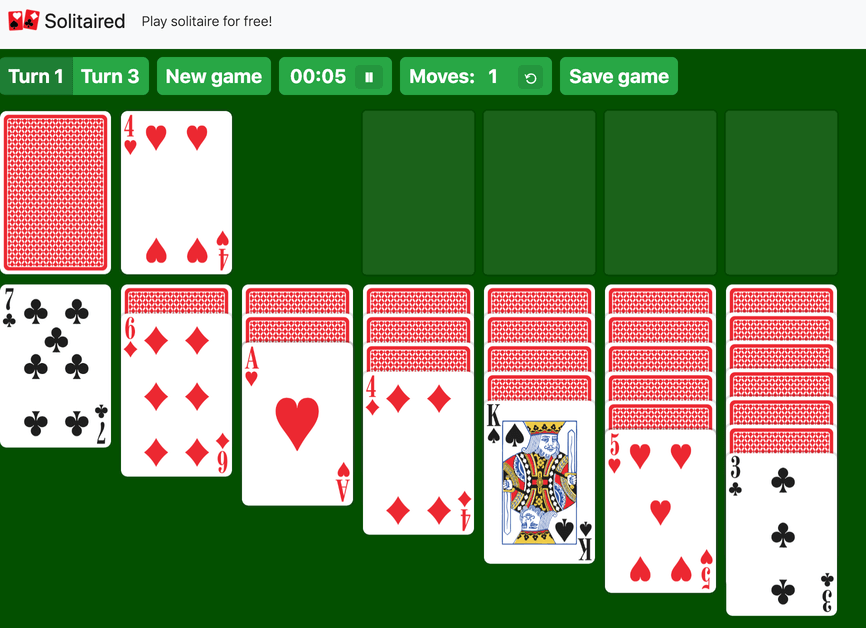 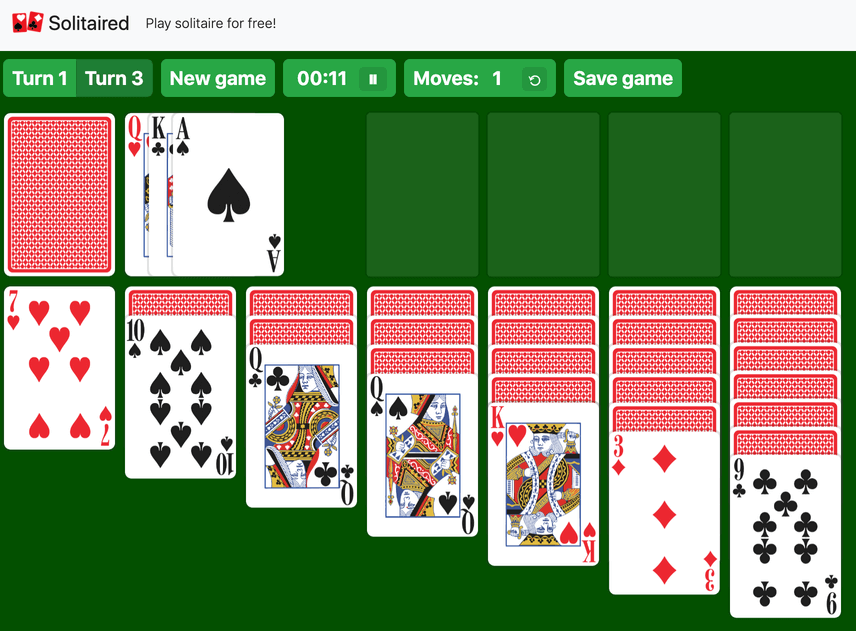 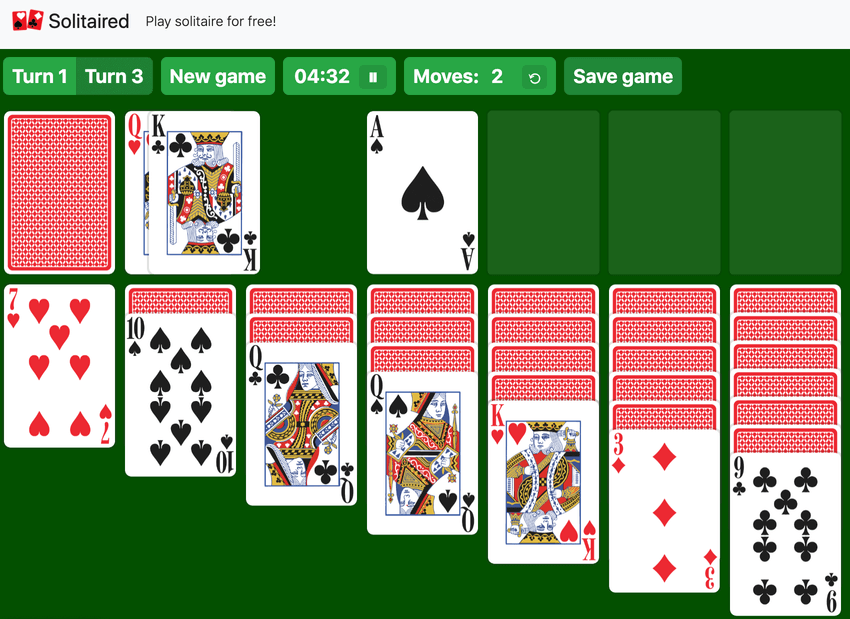 Get more details with our guide on how to play solitaire.

If you like Klondike Turn 3 Solitaire, you might also enjoy: Or check out our entire directory free games.