Enjoy our online sudoku game and:

Sudoku is a logic style game that is made up of a grid of nine boxes, each containing nine individual squares. The object of the game is to fill each column, row and each of the nine boxes with the numbers one to nine, without having any number repeat itself. 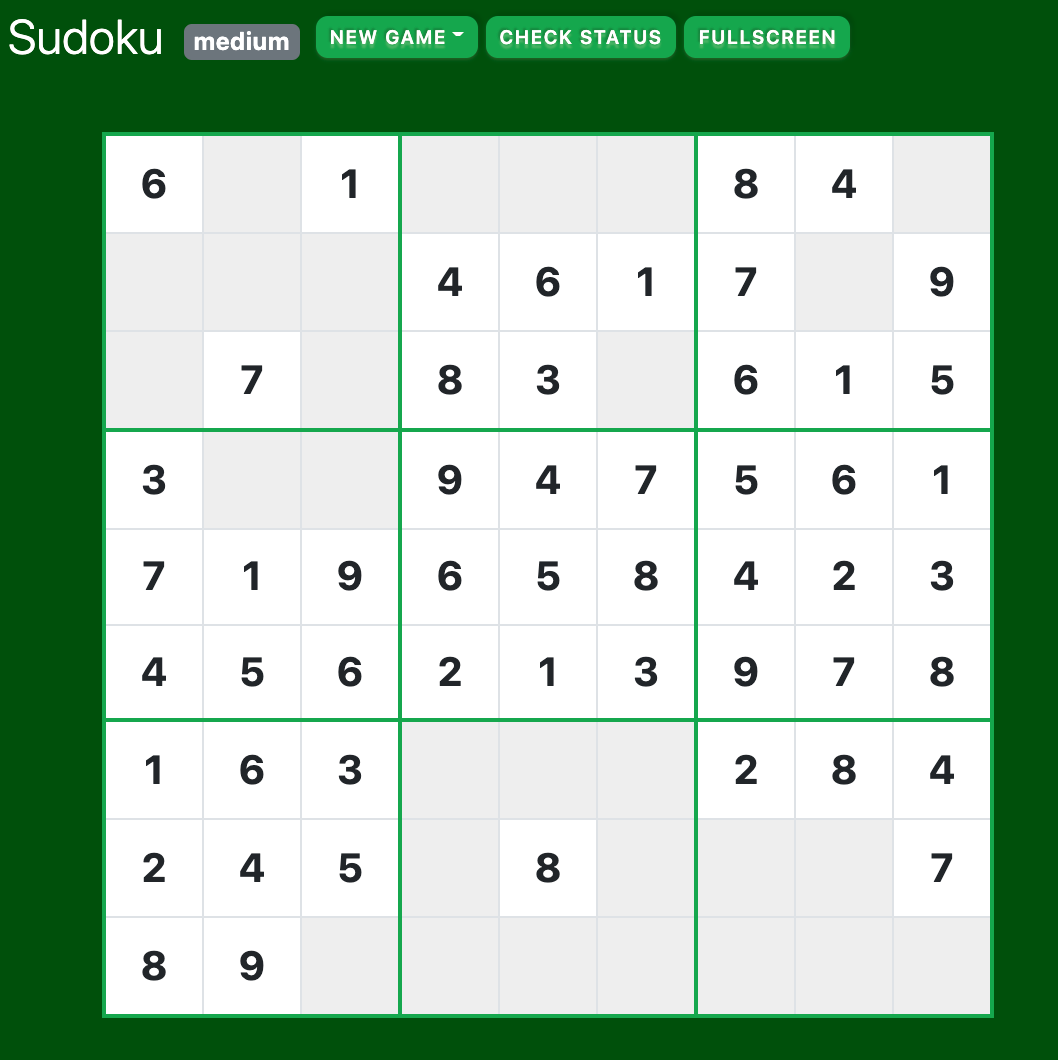 Some of the numbers will already be filled into the grids. Easier versions of the game will have more numbers while more difficult versions will have less.

How was Sudoku started?

The name Sudoku was coined by the Japanese and translates to “single number.” While this version of the game only became popular in the western world in 2004, it has been popular in Japan since the late 1980’s.

Prior to this, similar number games were published in newspapers all around the globe but these puzzles relied on mathematical skills and calculations to solve them. Sudoku is a game of logic, where no knowledge of math is required at all, one of the reasons that it has grown so much in popularity over the years.

The world-wide success of Sudoku can be directly attributed to one man; Wayne Gould. Working as a judge in Japan, he came across a Sudoku puzzle and went to work devising a computer program that would quickly and easily create these puzzles. Once he had perfected his software, he was able to sell it to newspapers across Europe and North America. This game was then printed in all of the popular papers beside their crosswords and wordsearches and it was at this point that Sudoku’s popularity skyrocketed.

Studies have been conducted over the years on the benefits of playing logical puzzle games, like Sudoku, and the results have been amazing. Playing a quick game of Sudoku daily has the potential to provide the following benefits:

What is the trick to play Sudoku?

When trying to solve a Sudoku puzzle here are some tips and tricks you can try to make it easier!

What does sudoku mean?

The name "sudoku" is derived from the Japanese words suuji wa dokushin ni kagiru, which means "the numbers (or digits) must remain single."