Political card decks over the centuries

Playing cards have been around for much longer than any of us think. Even though the cards we use today are relatively recent, the earliest records of playing cards date back to the Tan dynasty around the 9th century AD. Even though card games were called leaf games back in 868AD when princess Tongchang played with them, the concept remains the same.

Playing card design has been used as a means of political expressions over the centuries, and represent a glimpse into political feelings of the time. We’ve compiled some of the most interesting political decks below.

Released by Fournier in 1973, the deck contains humorist drawings of politicians and other kinds of leaders from the 20th century, including religious leaders, despots, dictators, presidents, and more. 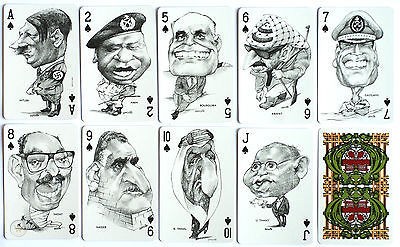 An anti-fascist card deck from 1943, designed and printed by order of Stalin with a goal of making fun of the German empire from that era.

Most likely German-made around 1815, this deck of cards was designed and printed to portray the liberation war between Napoleon and the opposing forces.

Back to the USSR

Designed and printed mainly for the Russian market back in 1995, the cards portray the most popular leaders and politicians from USSR history.

Aimed at showing important historical characters from the American civil war era, these playing cards are relatively new and came into production in 2017. Check it out.

Going back to the mid-19th century, we have cards that show consorts and imperial rulers from England, Austria, France, and Russia. 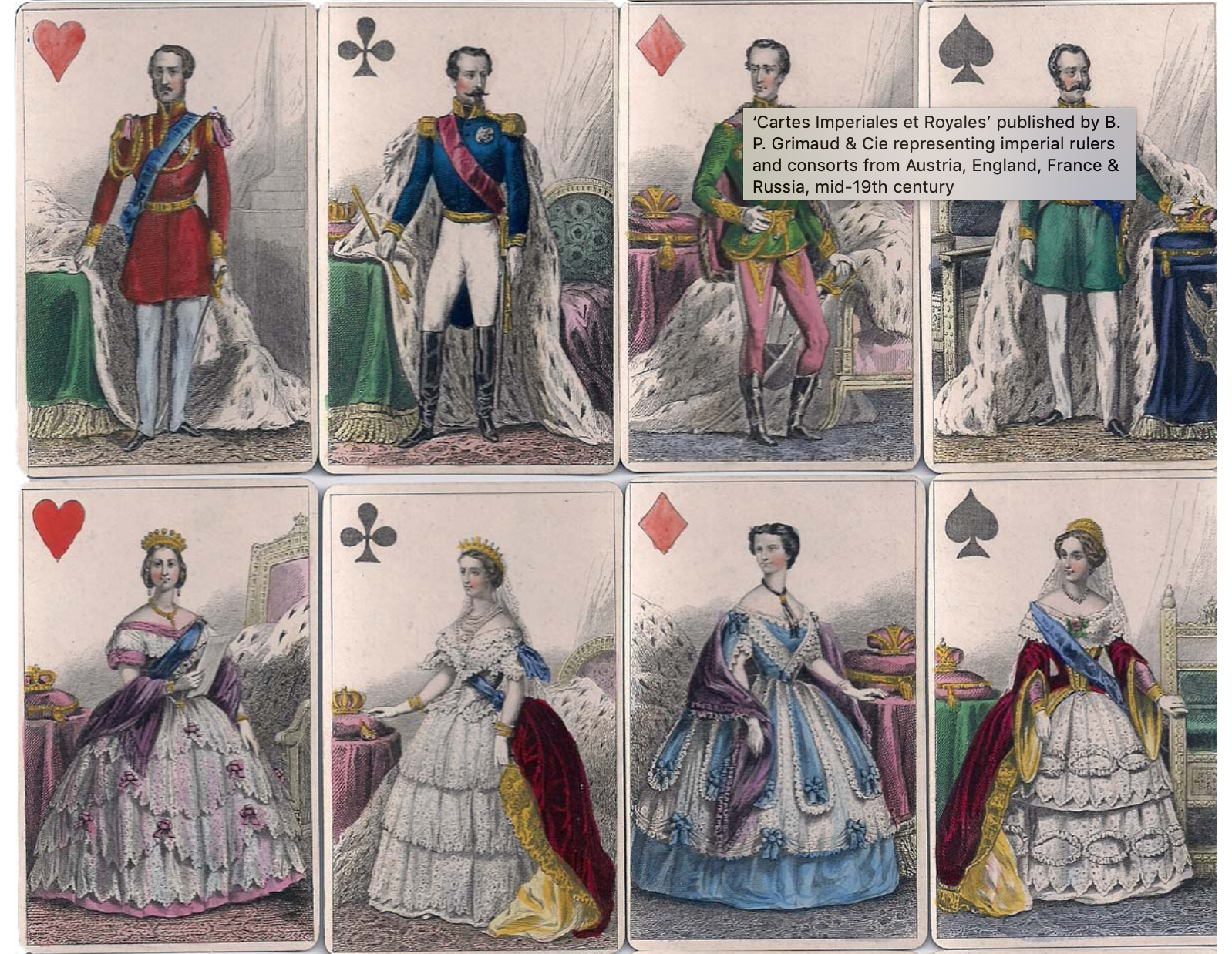 An entire deck dedicated to Winston Churchill in World War 2 shows him in multiple positions as an officer, politician, writer, and salesman.

A deck of cards dedicated to King William III's second marriage to Princess Emma of Waldeck-Pyrmont, where most of the cards consist of Dutch Royalty and soldiers. 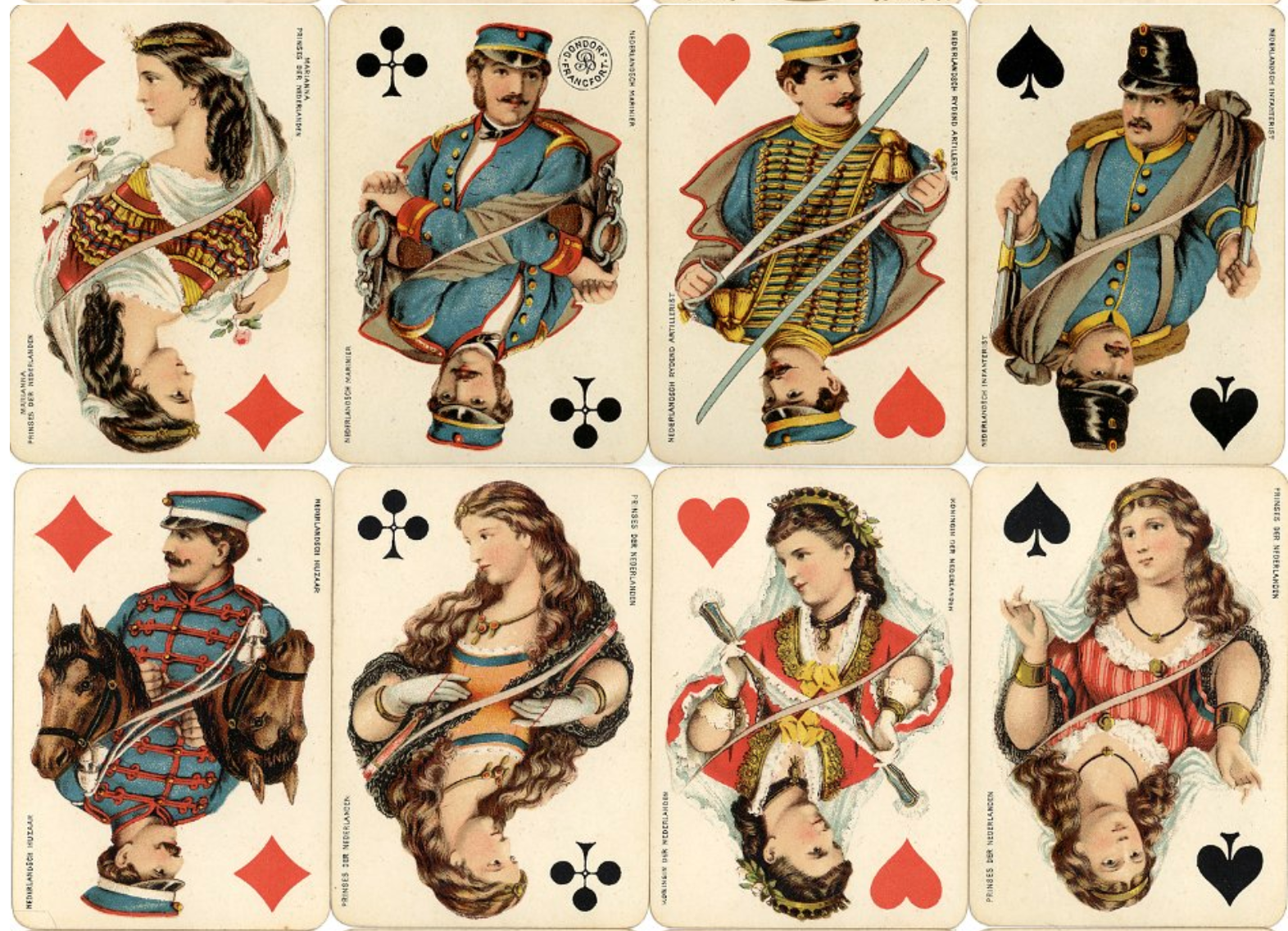 Published in London in 1828, the Imperial Royal Pack contains portraits of important people from the Spanish, Turkish, French, and English empires. 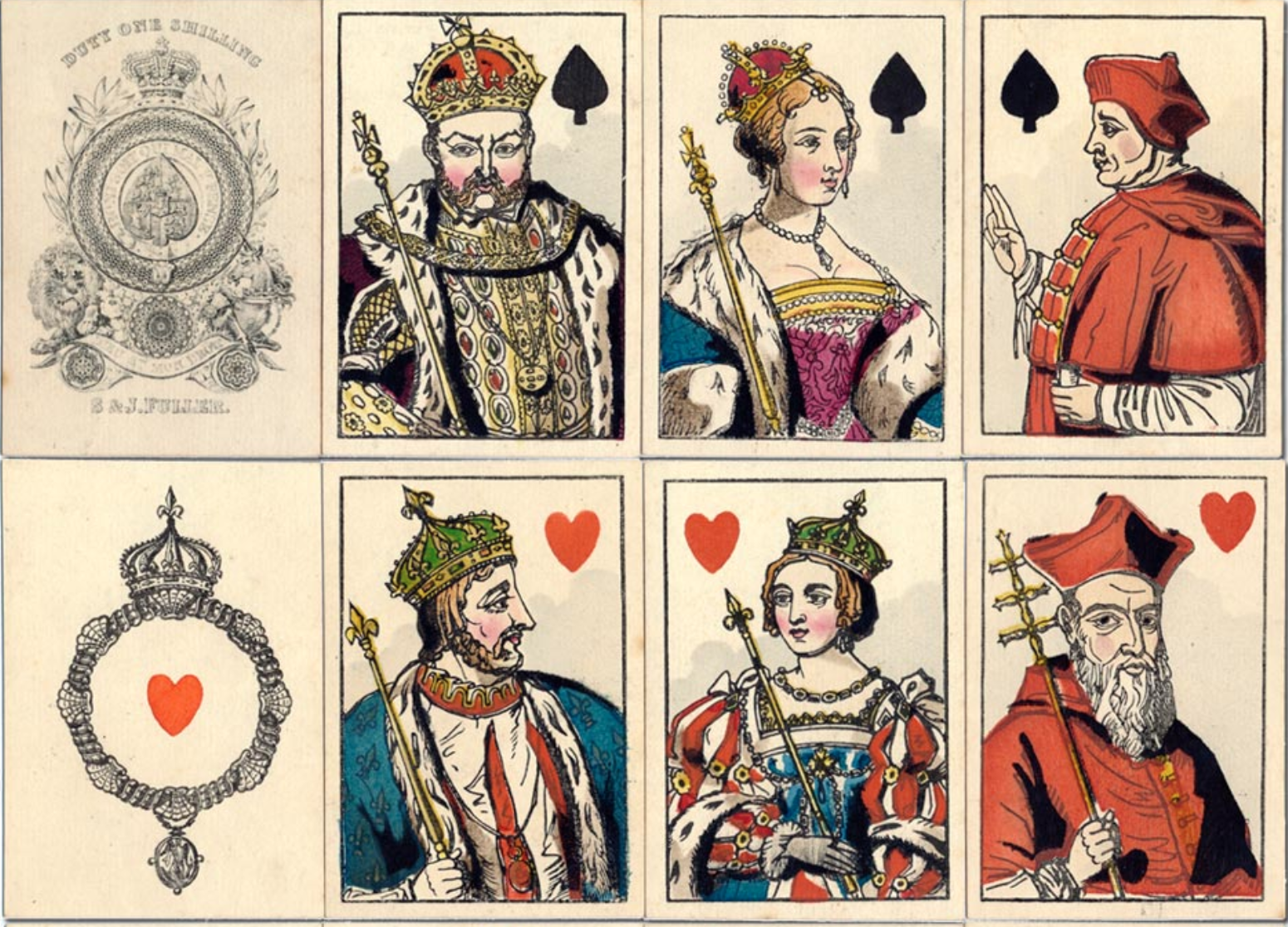 A French Revolution deck printed in 1793 on woodblocks with stencils coloring showing the plain old people of France, including farmers and philosophers. 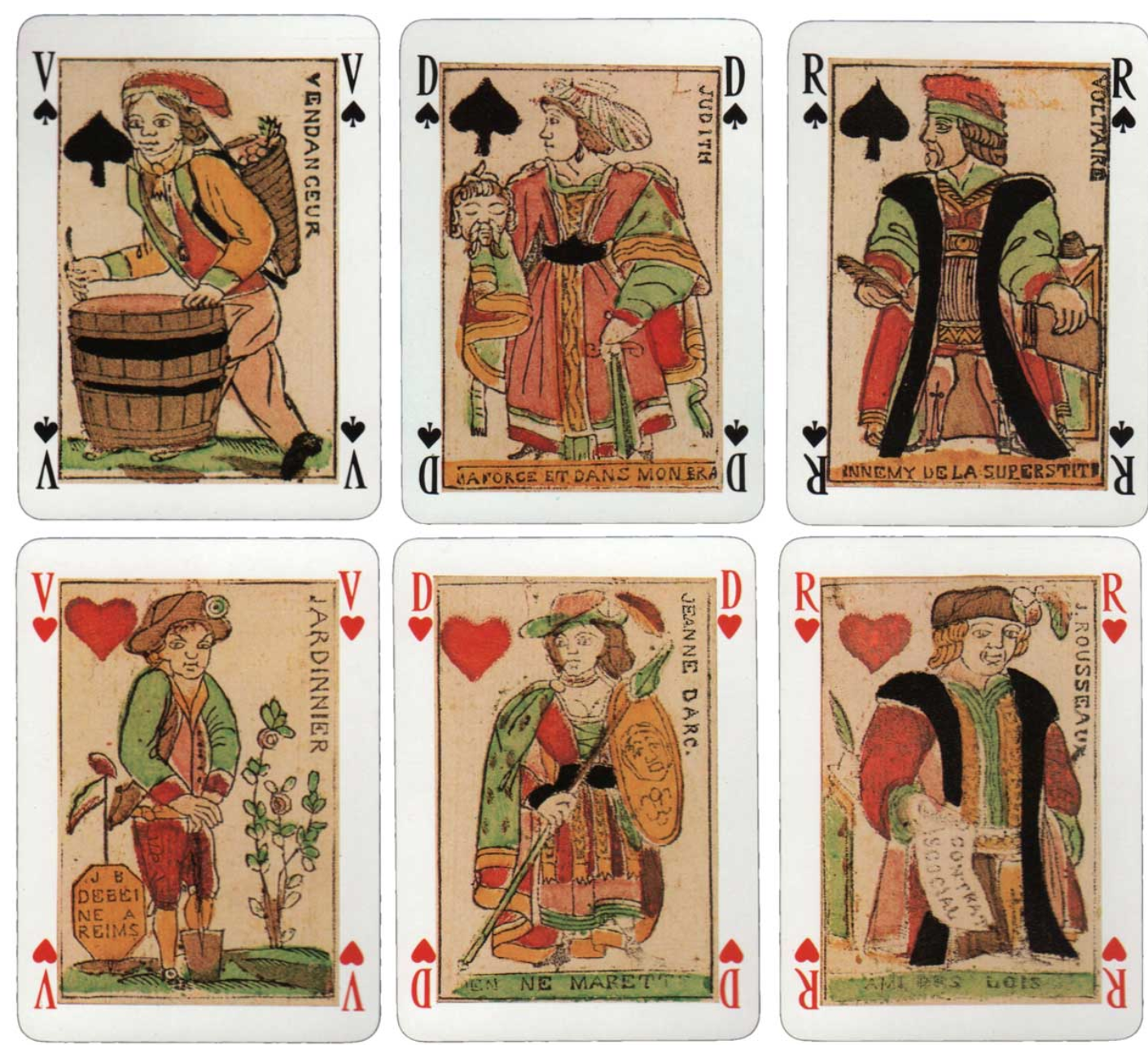 Satire of Oliver Cromwell’s Government from 1679

Quite older than most here, this desk was engraved and was intended to mock the government of Oliver Cromwell during the Rump Parliament era. 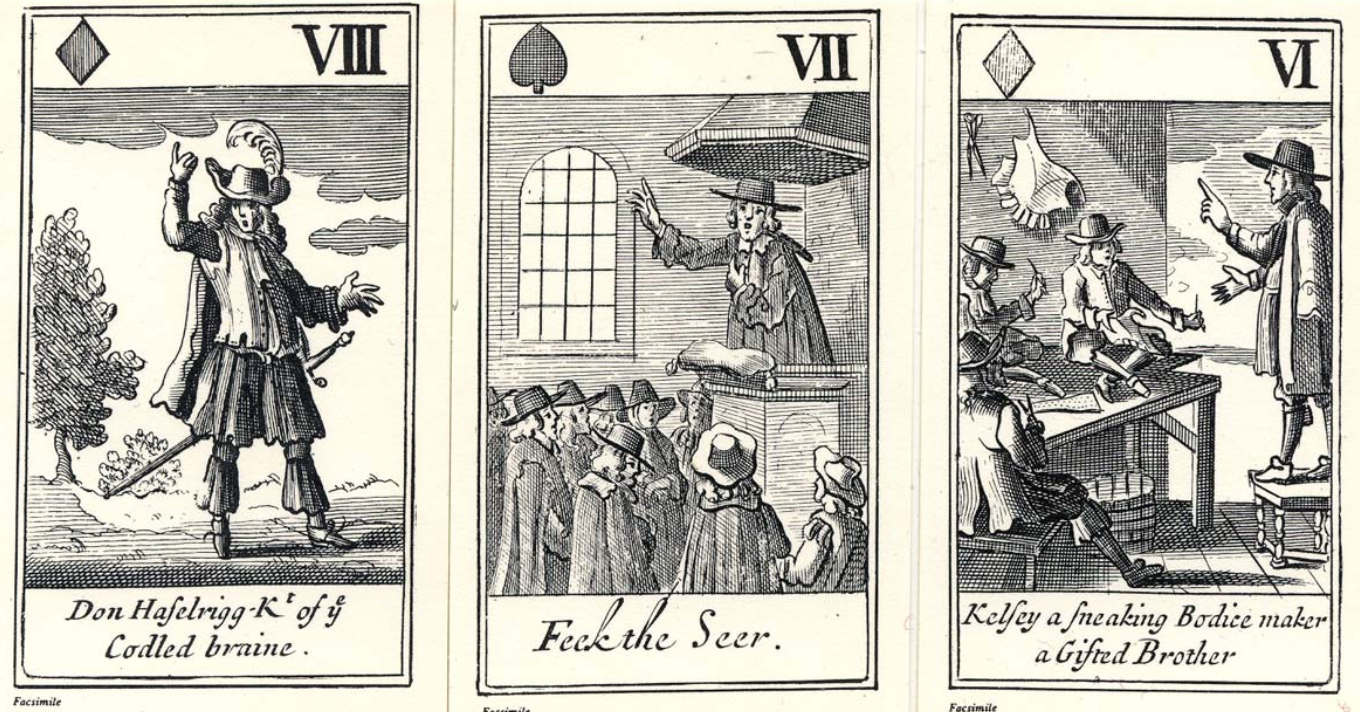 A scarce set of cards, printed around 1815 and designed with courts that aimed to commemorate the Tripoli War. Learn more

52 card deck designed and printed in 1863 with the goal of painting a picture of the Confederate officers or officials from that era. Learn more. 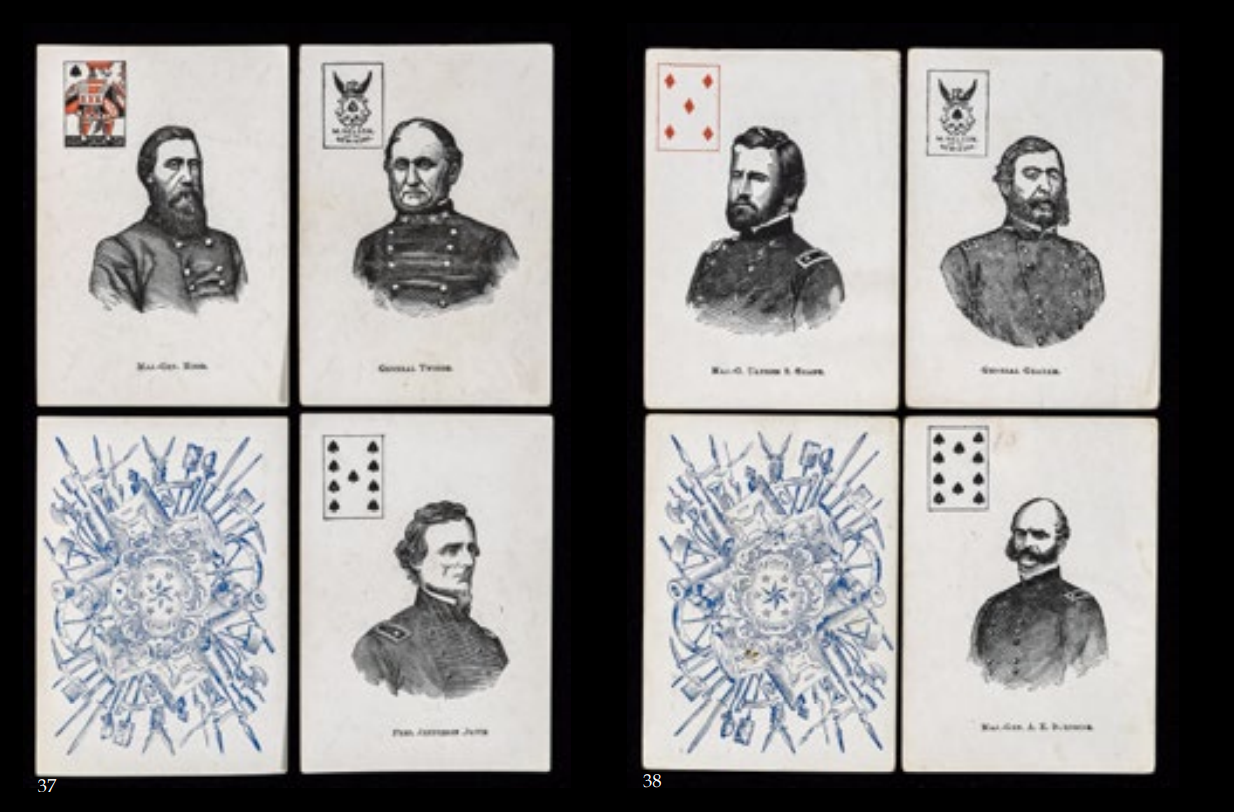 This deck of cards was designed and printed back in 1888 to honor Cleveland and Harrison's contest for president. Learn more.

Printed and designed by Biermans in 1915, the cards were supposed to paint a satirical picture of the German military's politicians and army personnel. Learn more.

To celebrate the victory in World War 1, Belgium printed these cards to commemorate presidents, kings, and queens as well as generals from their allying countries. 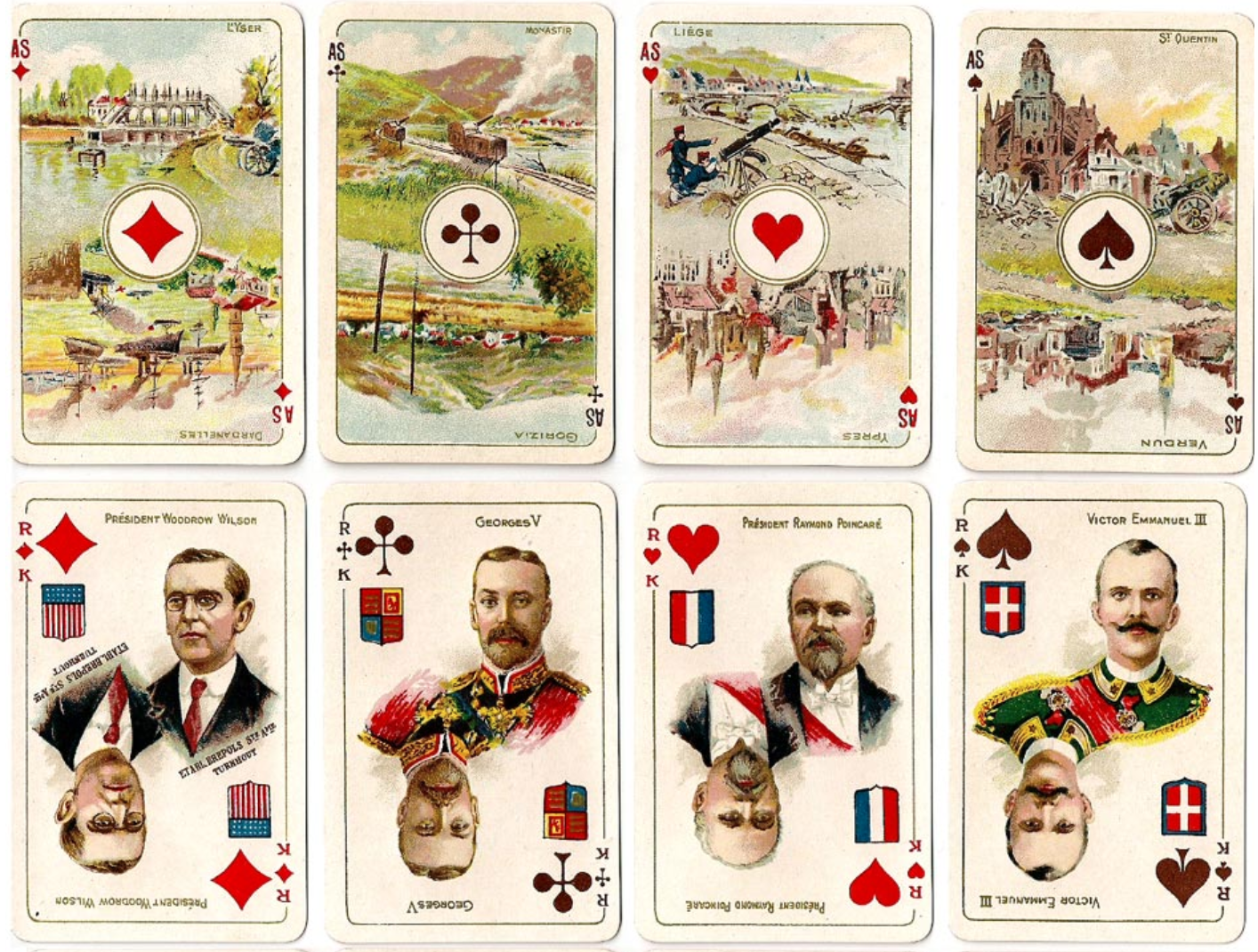 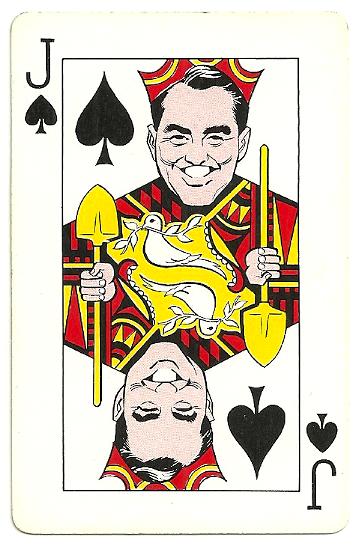 Many of these decks were found on World of Playing Cards, a great resource for historical playing card.