How to play Chess

Chess is a two-player, piece-taking strategy board game. The board is set up with each player having two rows of pieces – a row of pawns supported by a collection of capital pieces – on a traditional 8X8 board.

The objective is to threaten your opponent's king with an inescapable direct attack and force them into ‘checkmate’.

Chess is said to have originated in India – from a game called Chaturanga – and spread throughout the Middle East and Persia over 1,500 years ago.

How to Play Chess

Chess is an incredibly complex game that requires quick thinking, logic, and forethought. The variation in pieces and combinations for strategy means players need to stay vigilant as attacks can come from all angles when it's least expected.

To get started learning to play Chess, we've outlined the basic rules and gameplay for those seeking additional guidance.

How the pieces move

Unlike other piece-taking strategy games with uniform pieces – like Checkers, for example – Chess has an array of different pieces that each move in their own unique way.

Pawn - Pawns can only move forward and can only capture pieces one square diagonally forward. On the first turn, they can move forward or two squares depending on the situation. 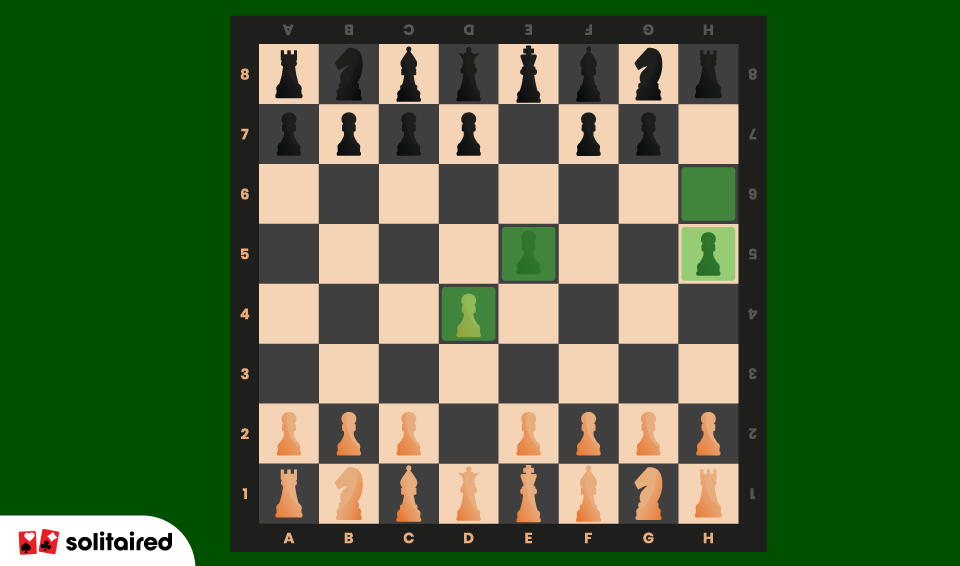 Rook - Rooks are powerful pieces that can traverse the entire length and width of the board. They can move forwards, backward, left, and right, but they can't move diagonally. 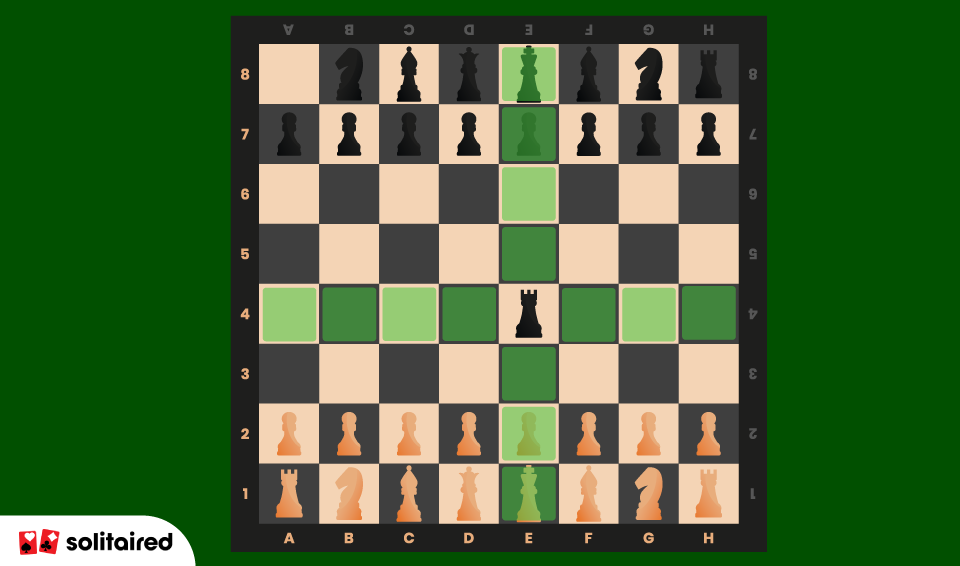 Bishop - Think of a bishop like a reverse rook. Like rooks, they can traverse the entire board but can only move along the diagonal squares. Because each bishop starts on a different colored square, you'll never find both bishops on one color. 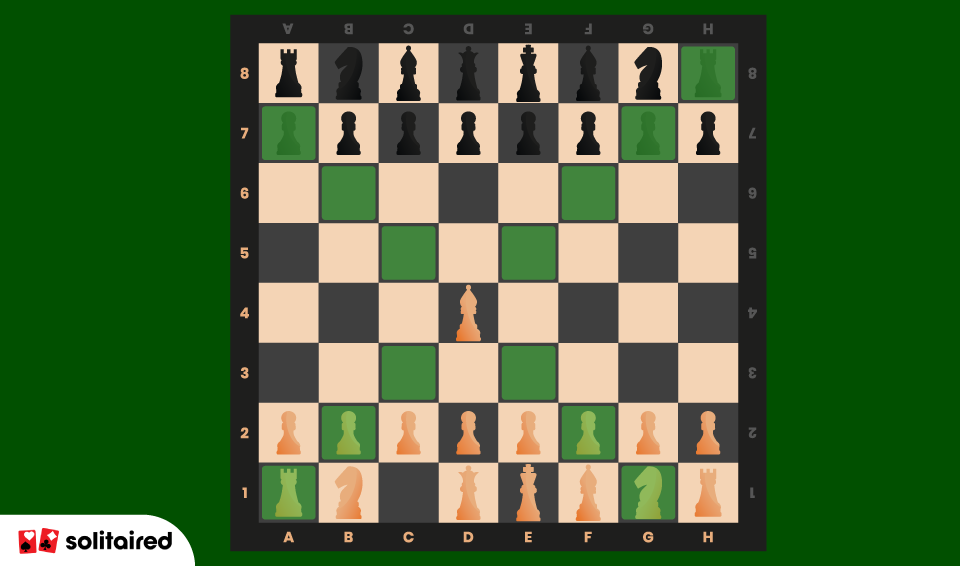 Knight - A knight is an incredibly versatile piece. Its movement path creates an L shape - by moving one square in either direction and a further square diagonally left or right of that square. Knights can hop over pieces – letting them work their way into some awkward positions. 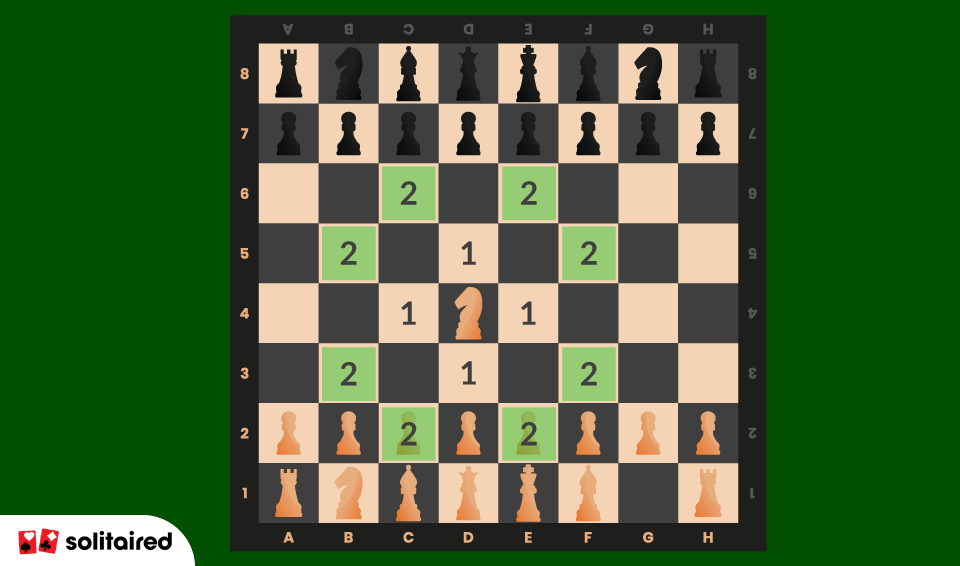 Queen - The most versatile piece in the game. The queen can move in any direction as far as it wants, making it a brilliant offensive piece used to exert pressure on opponents. 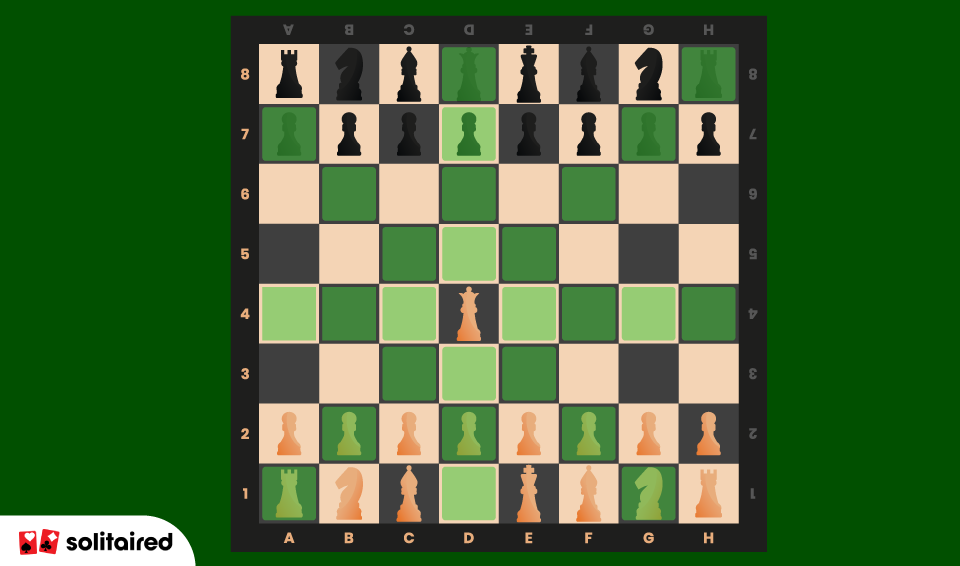 King - The king is similar to the queen but can only travel one square in any direction. 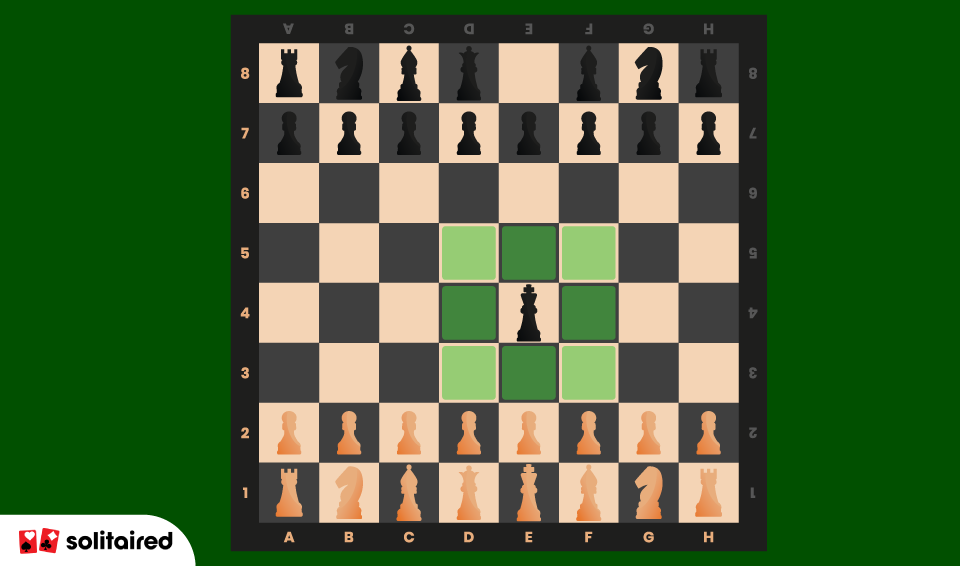 Each piece has a value based on how useful they are in-game. From most to least valuable, the pieces are ranked as follows:

The aim is to entrap the opponent's king piece in a position where any move will result in capture – often referred to as a checkmate.

If an opposing player's piece is along the movement path of one of yours, you can capture it. Your piece takes its spot, and you eliminate that opponent's piece from the game.

If your king piece is on a square that is in the movement path of your opponent's, the king is considered "in check" which means you must choose one of three options to protect it and not lose the game.

Whether you're just starting out or looking to better your game, understanding the rules inside-out opens the door to different moves, giving you more ways to overcome your opponent.

Some rules to bear in mind while playing Chess are:

Kings cannot castle out of check – Castling can be beneficial to fortify a defense in the corner to protect your king. However, if the king piece is already in check, you cannot perform a castling move to navigate out of the firing line.

Pawns can take pieces without moving onto the same square – In an "en passant" capturing move, pawns can capture pieces to the left or right of it by moving past it rather than capturing it on its square on their first move. Having the option to do this lets you diversify your opening plays to your benefit.

Pawns have more power at the start – On the first move, pawns can travel either one or two squares depending on what's beneficial to the player. This lets you immediately threaten oncoming pieces and claim the middle on the opening turns.

Pawn promotion – If a player moves a pawn to the back line of the opponent's half of the board, it's promoted to a queen. There is no limit on how many queens you can create. This can be very powerful in the endgame when capital pieces are limited, giving you the upper hand.

Threefold repetition – Any pair of moves made between two players and repeated more than three times results in an automatic draw.

Tips for winning a game of Chess

Understanding the rules is one thing but emulating the moves that professionals use goes a long way to winning more games.

Some tips for strengthening your game include:

Consider your opening moves – A range of plays can strengthen your position. For example, controlling the center by moving pawns into the middle of the board and getting your knights and bishops out as late as possible opens up options for attack and defense. This helps strengthen your mid-game position.

Don't give away free pieces – If you're going to give away a piece, it should be to bait an opponent into a trap or open up a route of attack. Only give away pieces with a pre-meditated plan – never give them away for free.

Keep an eye on your king – Although an attack looks promising, it's crucial not to forget your own king. Focusing too much on attack or defense can leave you open or limit your attack potential – so keep a balanced view of the board.

Castle early – Castling is a great way to defend your king and expose a rook to launch an attack and change the state of play. The quicker you do this, the easier it is to focus on pressuring your opponent and protecting the win.

Control the center – Holding the center of the board is crucial for attack and defense. The center provides the most opportunity to cover more of the board than your opponent, letting you dictate the course of the game.

Coordinate your attacks – If you're launching an attack on your opponent's pieces, make sure yours are protected. If your attacking piece is in the movement path of one of your other pieces, it removes the option to take that piece free of consequence, putting additional pressure on your opponent.

Capture – The process of knocking an opponent's piece off the board when it's along the movement path of one of your pieces.

Castling – The swapping of the king and rook positions. When there are no spaces between the king and the rook, you can swap their places in one move. This is a strong defense as the king is protected from all angles. Remember that if the king has moved from his starting square for any reason, you can no longer castle.

Checkmate – When one player's king piece is in a position where any move results in capture and ends the game – resulting in a win for the attacking player.

Check – A position where a player's king piece is under threat of capture. The player in "check" must make a move to protect their king.

En passant – A pawn that moves two squares forward can capture a piece "en passant" which means "in passing". Any pawn on a square directly next to an opponent's piece can jump to the space behind the target to complete an encircling maneuver to capture it.

Fork – This is a double attack where one piece threatens two or more on its potential movement path.

Promotion - When a pawn reaches the opposing player's back line, it's promoted automatically to a queen piece.

Stalemate – A stalemate occurs where neither player can make a move or has mutually agreed that it isn't beneficial to continue playing with the pieces available.

What are the best opening moves in Chess?

The most common opening move is to bring the king's pawn two spaces forward. This immediately stakes a claim to the center, forcing the opponent to move to avoid losing control of it.

It also opens pathways for diagonal moves from your queen and bishop pieces to launch diagonal attacks on your opponent's king piece.

Other opening moves take a more defensive stance. Black can counter white's opening move by moving the mirrored pawn forward one square – known as the French defense – to neutralize the threat of cross-attacking capital pieces.

What is the best defense in Chess?

The best response to white's first move is the Sicilian defense. Because white always leads, moving your pawn to d5 stakes claim to the center to immediately block the white pawns on e4 and d4 pushing forward two spaces.

Because of the advantage of leading play, white wins 54% of games on average. However, some variations of the Sicilian defense can drastically reduce that advantage when played correctly – making it an effective counter-move.

How quickly can a chess game be won?

A chess match can be won in only 2 moves – known as a fool's mate.

A fool's mate only happens under these circumstances:

Is Chess good for the brain?

It's been proven that regularly playing Chess contributes to better brain function and improved memory while also helping reduce cognitive decline and the likelihood of dementia as you age.

Can I play Chess online?

Yes, you can play Chess and other online board games for free on Solitaired. Browse our range of over 500 card and board games – completely free to play, now.